Make informed decisions and plan ahead of time using evidence and facts from our rich hydromet data and information base generated from its long term and comprehensive monitoring network in the upper Ewaso Ngiro north river basin. 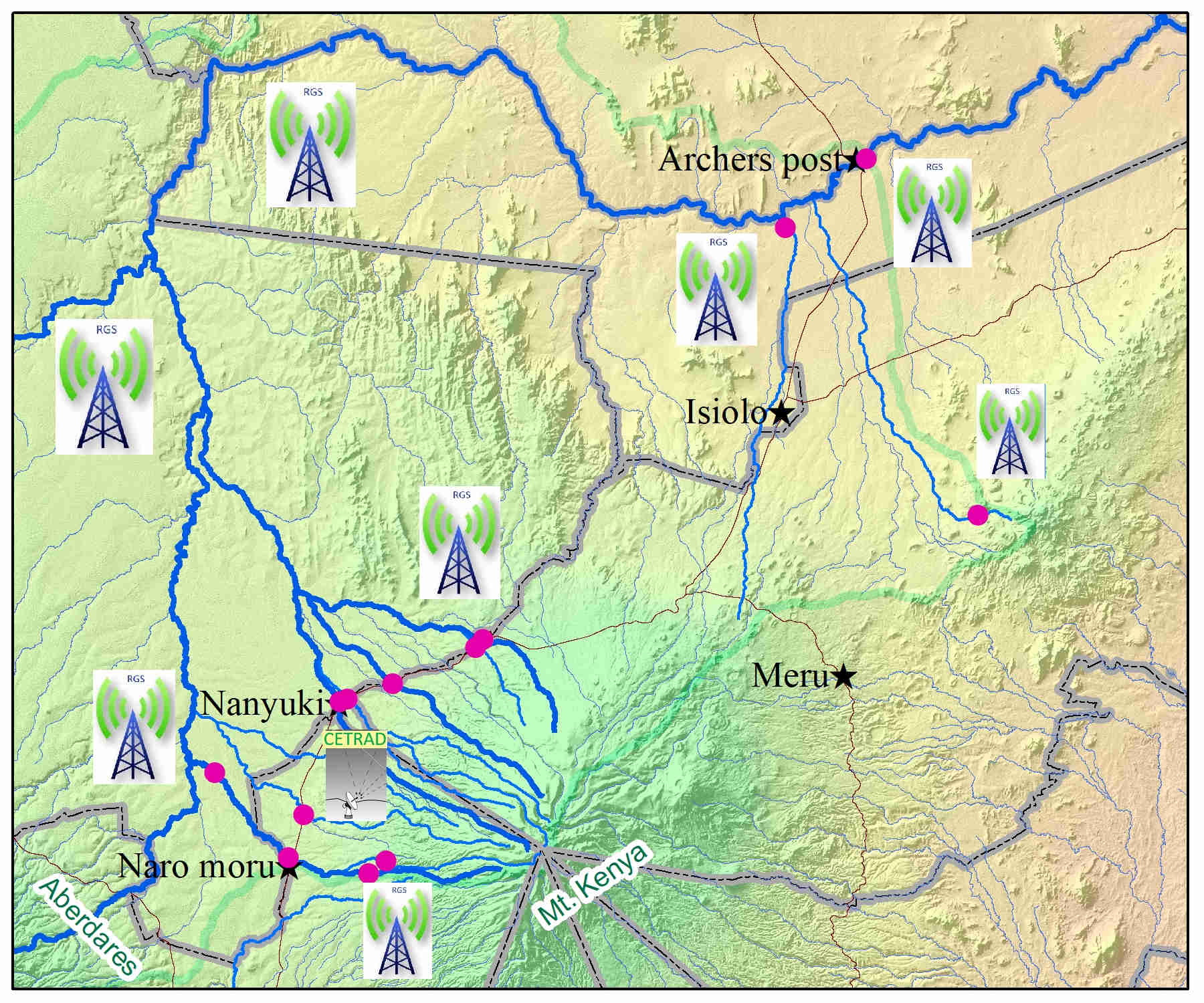 CETRAD runs a rich hydromet data and information base generated from its long term and comprehensive monitoring network in the upper Ewaso Ngiro north river basin. Most of this data is now linked through a real time transmission system and interfaced to its database as well as to some selected Water Resources Users Associations (WRUAs) in the upstream areas. CETRAD has developed a real-time data feedback and threshold values system that will help to broaden the information dissemination within the catchment as a way of fostering evidence based decision making towards sustainable water resource management in the Ewaso Ngiro north river basin. In preparation CETRAD, through the WLRC Project, and in concert with Water Resources Users Associations (WRUAs) and the Regional Office of Water Resources Authority (WRA), have computed negotiated minimal thresholds of river flows (green-orange-red system) that can be applied to determine informed decisions and appropriate actions especially in managing dry period river flow. These thresholds are useful in designing an Early Warning System essentially to be supported by a smart phone application and operationalized through designated 5 Learning Sub- catchments and eventually expanded to reach over 15,000 river water users in the sub- catchments.

Here is a list of few great tools we think you should know about.

Graphs and Charts that make it easy to recognize water flow height trend and pattern over a duration of observation period.

Anomaly is a broad concept, which may refer to many different types of events in time series. A spike of value, a shift of volatility, a violation of seasonal pattern, etc. could all be anomalous or normal, depending on the specific context.